Ellesmere Port will support sustainable mobility through the production of an all-electric vehicle, starting in 2022 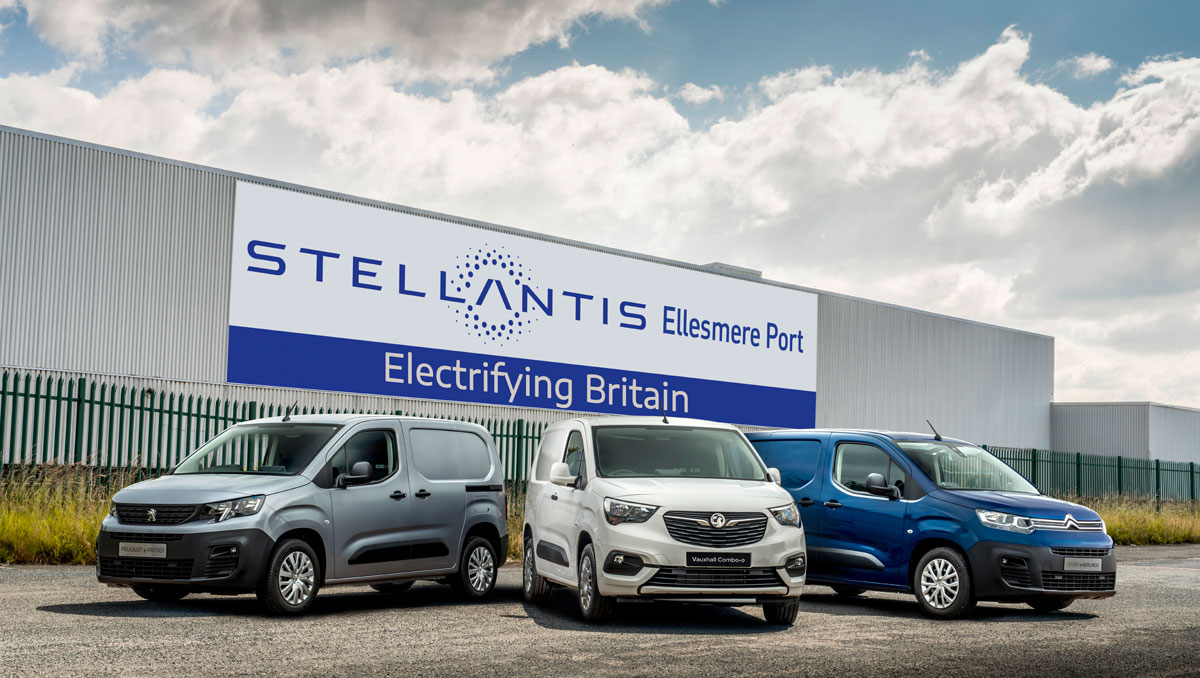 Amsterdam - Stellantis announces today a £100 million investment in Vauxhall’s Ellesmere Port manufacturing plant to transform the site for a new era in electric vehicle manufacturing.  Ellesmere Port will become the first Stellantis plant to produce a solely battery-electric model, in both commercial and passenger versions, by the end of next year, for Vauxhall, Opel, Peugeot and Citroën brands and for both domestic and export markets. This dedication to battery electric vehicles will go towards achieving the UK Government’s decision to stop sales of pure petrol and diesel engined vehicles from 2030.

Stellantis investment in Ellesmere Port will leverage the performance improvement actions that have been made possible thanks to a co-building process between the company, the Unite Union and based on the workforce’s drive to transform their plant.

Stellantis strong willingness to ensure a sustainable future for Ellesmere Port has been consistently supported by the UK Government, the Cheshire West and Chester Council, Cheshire and Warrington Local Enterprise partnership and Chester College.

Carlos Tavares, Chief Executive Officer at Stellantis, said: “Performance is always the trigger for sustainability and this £100 million investment demonstrates our commitment to the UK and to Ellesmere Port. I particularly want to thank our highly skilled, dedicated workforce for their patience and contribution; we never let them down.  Equally, I want to thank our partners the Unite Union for their open mindset and strong cooperation and, of course, the UK Government for their continued support. Producing battery electric vehicles here will support clean, safe and affordable mobility for the citizens. Since 1903 Vauxhall has manufactured vehicles in Britain and we will continue to do so.”

UK Government, Secretary of State for Business, Energy and Industrial Strategy, Kwasi Kwarteng, said: “Ellesmere Port’s proud tradition in auto manufacturing will continue for many years to come thanks to today’s investment. Stellantis’ decision to double down on their commitment to this site is a clear vote of confidence in the UK as one of the best locations globally for competitive, high-quality automotive production.
Today’s decision will not only power Ellesmere Port into a clean future, but will secure thousands of jobs across the region in the supply chain. In this global race to secure electric vehicle production, we are proud to support Britain’s auto sector in this crucial transition as we work to build back better.”

This new era of manufacturing will see a transformation of the Ellesmere Port plant “fit for the future”, with a new body shop, upgraded general assembly, a compression of the site area and the creation of an on-site battery pack assembly.  In addition, there will be further support to enable a pathway to carbon neutrality for the plant by the middle of this decade.  The plant aims to be 100% self-sufficient for electricity and work will commence imminently on potential wind and solar farms.

Stellantis has also announced the intention to consult on further investment into the Ellesmere Port site with the creation of a new UK parts distribution centre.

From later next year, Ellesmere Port will build the following all-electric vehicles:

These light commercial vehicles, and their passenger car variants, are all powered by a 100kW (136hp) motor with a 50kWh lithium-ion battery.  They are able to be charged at up to 100kW and take just 30 minutes to charge from 0% to 80%.  Under WLTP conditions, they are capable of up to 174 miles of range.
Stellantis is the LCV market leader in Europe and, in the UK, Vauxhall leads sales in the fast growing all-electric LCV segment.

Vauxhall, Opel, Peugeot and Citroën brands have already committed to each offering all-electric versions of their entire respective van model ranges before the end of 2021.  Fiat Professional is also committed to offering electrified and alternatively fuelled versions across its van range.

With rising LCV usage in urban areas, partly due to the growth in demand for online delivery services, these zero-emissions-in-use vans will make a significant contribution to reducing emissions in towns and cities across the country.

The passenger car version will enable families to enjoy a “zero emission” active life with up to 7 seats, benefitting from a modern high-tech interior, with great levels of comfort and adaptability and interior space, premium comfort and smart safety features.