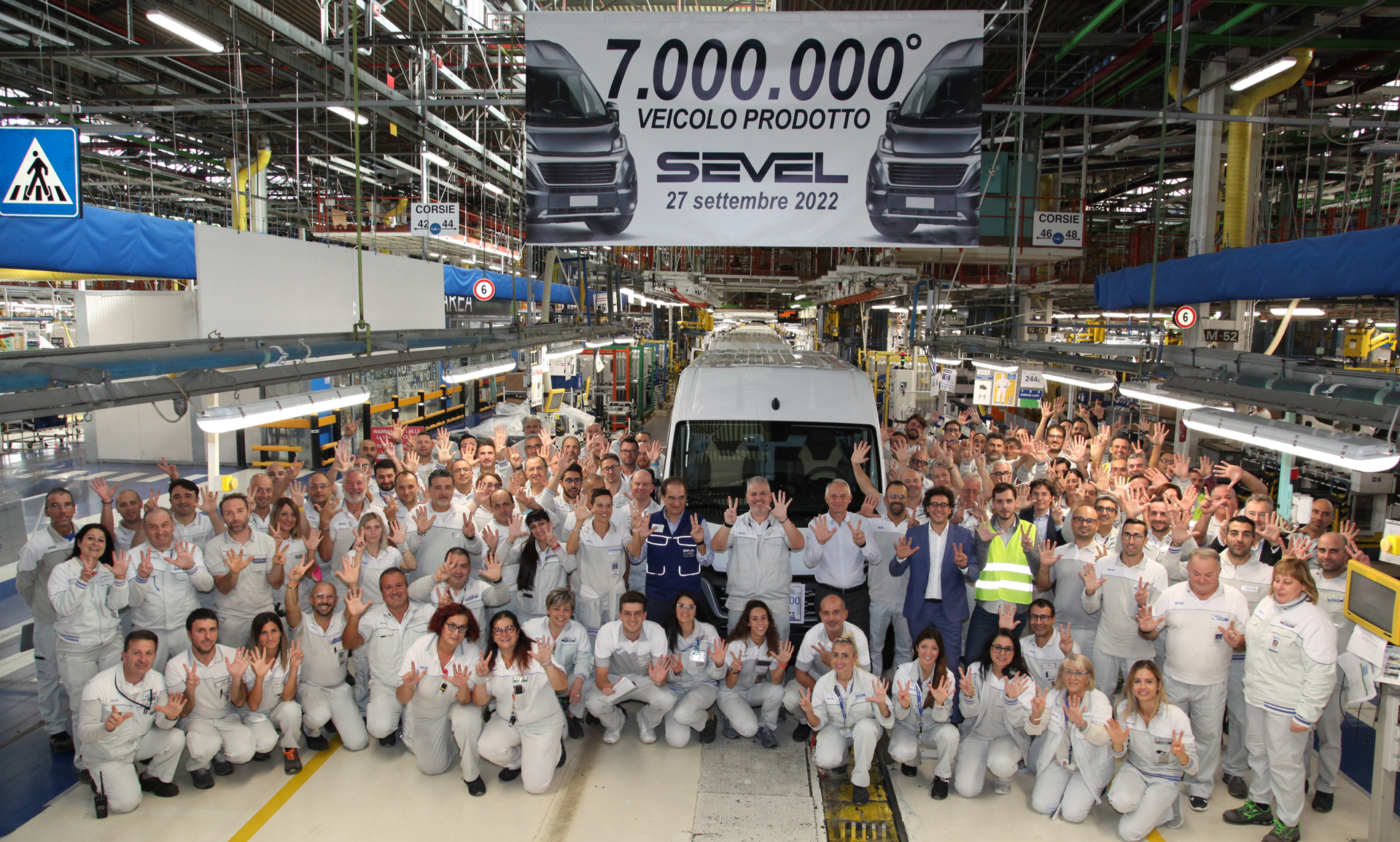 “The team at Sevel is contributing daily to helping us achieve our target to be the undisputed commercial vehicles market leader,” said Uwe Hochgeschurtz, Stellantis Chief Operating Officer, Enlarged Europe. “The plant has a long history of building the products our professional customers want and need, and it will continue playing a critical role in achieving a 40% battery electric vehicle(1) sales mix for commercial vehicles by 2030. Congratulations to the entire team for today’s achievement.”

Stellantis and Toyota Motor Europe (TME) recently announced that Stellantis will supply TME with a new large-size commercial van, including a battery electric version, for sale in Europe under the Toyota brand, which will be produced at Stellantis’ plants in Gliwice, Poland and Atessa, Italy.

The Sevel (European Light Vehicle Company) production site was established as a joint venture partnership between FCA and PSA-Peugeot Citroën in 1978. Inaugurated in 1981, Sevel has a surface area of more than 1.2 million square meters and can manufacture up to 1,200 vehicles per day. It is the largest and most flexible light commercial vehicles plant in Europe capable of producing vehicles in a large array of configurations.